Join the PRSA National Capital Chapter for an interactive event on the role of communication professionals in supporting diversity and inclusion, including from and among the LGBTQ community. 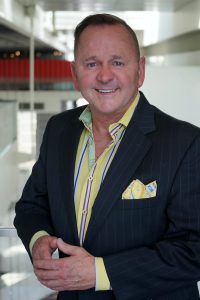 In 2004, Del served as national President and CEO of the Public Relations Society of America (PRSA). A longstanding advocate and champion for the LGBTQ community and diversity, equity and inclusion broadly, Del is the first openly gay CEO of PRSA and established the organization’s National Diversity Committee. In 2018, he received PRSA’s Gold Anvil Award, the Society’s highest individual honor – recognizing lifetime achievement in public relations.

This event will feature opening remarks, followed by an interactive dialogue between Del and participants.

Address:
Check your registration confirmation email for ZOOM URL, Password and Dial In Information
We're sorry, but all tickets sales have ended because the event is expired.