In this virtual “fireside chat,” Lisa Osborne Ross, U.S. Chief Operating Officer for Edelman and President of Edelman’s Washington D.C. office, opens up about her rise to the C-suite, her experiences serving in the role amid the unique challenges and environment of 2020, and her perspective on the imperative for organizations to champion racial justice and bring more diverse voices to executive leadership teams. This event will include an extended Q&A with participants. 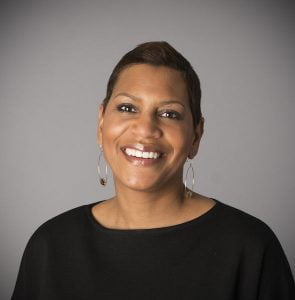 Lisa Osborne Ross serves as Edelman’s U.S. Chief Operating Officer and leads Edelman’s Washington D.C. office as President. In this role, Ms. Ross is responsible for overseeing the firm’s U.S. operations and providing strategic oversight to its Washington office. She is known as an in-demand counselor to senior executives at Fortune 500, higher education, and government institutions.

Prior to Edelman, Ms. Ross served as Managing Director of APCO Worldwide’s flagship office, after a 15-year career at Ogilvy Public Relations. Over her tenure at Ogilvy, Ms. Ross held several titles, including Founder of the Multicultural Practice, Head of the Public Advocacy Group and Practice, and Head of the Public Affairs Division. Prior to joining Ogilvy, Ms. Ross held several roles in the Clinton Administration.

Ms. Ross devotes considerable amounts of time to her philanthropic endeavors, particularly her efforts to build a better Washington and to empower women, and has served on numerous national boards, university boards and commissions.

Address:
Check your registration confirmation email for ZOOM URL, Password and Dial In Information
We're sorry, but all tickets sales have ended because the event is expired.