Public Relations and the Free Press: Elements in a Critical Equation

PRSA’s Code of Ethics has always been a point of pride for me, as a member and a public relations professional, just as I’m sure it is for all of us who have pledged to uphold it. The words set the stage, but it is understanding and translating them into action that counts. Ethical public relations doesn’t just happen because we say so. It’s part of a critical equation that begins with a free society. That free society, in turn, requires a free press and an informed public. 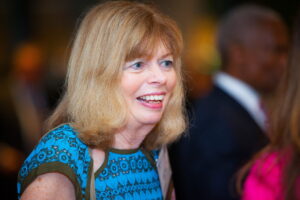 As public relations professionals, we have an obligation to speak up if any element of this equation is threatened. It’s the only way we can do our jobs successfully, on behalf of our employers/clients and in the service of our own ethical and professional standards.

Recently, PRSA – on behalf of all of us – exercised its right and obligation to advocate forcefully and openly for the necessity of a free press and an informed public. In a public statement, it affirmed the free press as a “vital engine of democracy” and urged the White House to reestablish, with its new appointment, the traditional role of the White House Press Secretary. In particular, the statement called for recognition of the Press Secretary’s role to “advocate for a free press and keep American citizens well-informed about actions being taken that will affect their lives.” Practically speaking, that translates into “frequent and informative briefings and working productively with the press,” the statement notes. In contrast, during the last six months, two formal press briefings were held at the White House, and the last on-camera briefing by a spokesperson at the Pentagon was May 31, 2018.

While PRSA’s statement reflects a current situation, it is about good practice, not politics. Threats to a free press are a worldwide and growing concern. Last August, PRSA joined with 14 leading international public relations communications organizations to issue a collaborative statement in support of a free press around the world in response to these concerns.

Public relations professionals understand all too well that threats to a free press anywhere, in any form, directly impact another critical element in our ethical public relations equation: an informed public. When public interest is ignored, an uninformed public can rapidly lose trust in a society’s basic institutions. Loss of these essential elements in our equation threatens our ability to provide valuable service to all our audiences.

Some wise words from the late Patrick Jackson (founder of Jackson Jackson & Wagner and 1980 PRSA President) come to mind. Pat, one of the most widely known and respected practitioners in our profession, talked about trust as an essential part of ethical, successful public relations. He called relationships with our publics “the currency of public relations” and said trust was necessary to build those relationships. He argued that people want to be “served, not sold; involved, not told.” Those words still resonate today. They remind us of the great things that can be achieved through a free press working in tandem with thoughtful, ethical and strategic public relations professionals.